5 Easy Steps to Build a Android Mobile Application in 2020

What is Mobile Application?

Mobile Application is termed as app or software application which is specifically designed and developed to run on mobile devices and wireless computing devices.

Native Applications are created for a specific mobile operating system like windows, iPhone, Android and Blackberry. The predominant merit of native apps is incredible user experience and tremendous performance. Developers  and veterans can take advantage of a wide range of APIs that helps in increasing the development process and no restriction on app usage. Native applications are more reliable and secure than web based applications as it offers assurity of users data protection whereas web based applications on different browsers with latest technologies. Also, native apps can be accessed exclusively from App stores and installed immediately into your device. Native Apps consists of few drawbacks that development of native application includes higher cost comparatively  to other mobile applications

How to create an android application for your business ?

Following are the steps mentioned under that helps you to develop the application efficiently and effectively.

Have proper knowledge of Android Programming and Coding languages

Development language for your application should be selected wisely that assists you to run your mobile application smoothly and have the optimum result out of it.

Creating an Android Application requires  knowledge of two most popular languages Java and Kotlin. A Large part of Android is written in Java. Also, java has an abundance set of libraries which offers functionalities for graphics implementation, mathematical functions, visualization and networking.

Java is Cost effective development language for creating an application and also brings a high rate of investment.  For any organization, cost is considered a major factor. Thus, it is chosen by veterans to large extent.

Java is attributed with dynamic programming and automatic programming management more than other development languages because of bytecode. Reusable code which means source code written in one platform can be utilized across multiple platforms.

Another prevalent language for developing an Android App is Kotlin. Kotlin is a compatible and statically typed programming language. It helps to improve abstractions, syntax and interoperability,

Arrange Code of the App effectively

Organizing and code the app efficiently  is one of the most significant steps where you encapsulate the functionality of an app. Also at the backend stage  where developers handle exchange data between the end users and server side or a cloud server. Optimum organized code structure indulges separating classes into distinct packages according to their objectives and also proper naming for resource files.

Must have knowledge of appropriate development tools and environment

It is imperative to possess the accurate knowledge of automation tools as well as the integrated development environment before creating an application.The main folders you can used for building android app are Android studio, the Eclipse and Gradle  that definitely helps you to grasp basics along with that you can improve code and built it efficiently. Also there is a great advantage to developers that is the code which is already mentioned in the main page which is usually known as boilerplate code. The primary objective of boilerplate code is that it can be used over and over again. It can be used in many places without any alteration. It is reusable code.

In a nutshell to have optimum application for your enterprise and business you must have creative ideas to initiate the development as well as proper knowledge of programming language. Android Developers in VB EASY offers robust and agile methodologies to fulfill your desired business goals. 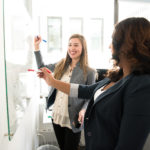 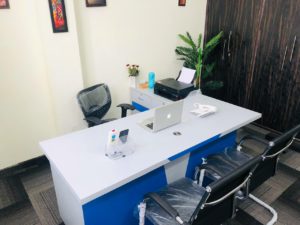 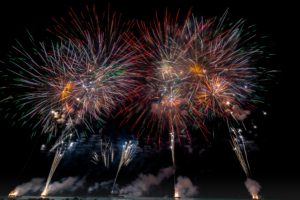 What is Google AdWords and the way does it work?

This article is good as before building an application, one must know types, benefits etc. I found this content useful as i am starting my carrier recently as a Android mobile app developers in Nairobi. Keep doing good work.

Any cookies that may not be particularly necessary for the website to function and is used specifically to collect user personal data via analytics, ads, other embedded contents are termed as non-necessary cookies. It is mandatory to procure user consent prior to running these cookies on your website.